You are here: Home / Food / "k.u.k Hoflieferant" – Purveyors to the Imperial Court

When “k.u.k Hoflieferant” confirms that you’re good enough for the Imperial Court: 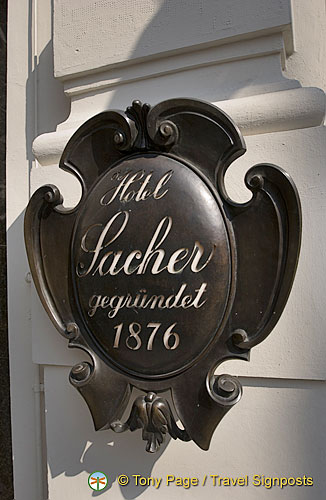 If your business had the honorary title of “k.u.k Hoflieferant” during the times of the Austro-Hungarian Empire, that meant that you were chosen to be a purveyor to the Imperial Court.  It’s of course a much sought-after accolade for any company to be supplying to the emperor’s household and up to this day, the honorary title is still a symbol of premium quality.

During the height of the Austro-Hungarian monarchy there were over 500 official purveyors to the court in Vienna. Suppliers were handpicked for the quality of their wares.  If you were one of the lucky companies selected, you were granted the privilege by the Emperor of supplying the court and displaying the double-headed eagle (the Coat of Arms of the Austrian Empire) on your name plate.

The Austro-Hungarian empire collapsed at the end of World War I, but a number of these distinguished companies have survived the monarchy and continue to bear this honorary title with pride today.

Pâtissiers to the Imperial Court

Two of Vienna’s best-known pâtisseries – Hotel Sacher and confectioner Demel continue to supply the Viennese population with typically Viennese specialties such as the Sacher-torte and candied violets.

On your visit to Vienna, you can check out these royal purveyors to the Imperial Court, but if you can’t wait till your next visit, you can always purchase their exclusive candies, chocolates and cakes online.  Their websites also provide the history of these establishments, which make for interesting reading. 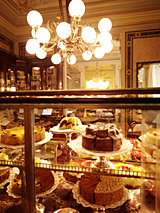 As you can see from our Vienna Photos, we’ve enjoyed many coffees and Sacher-tortes at the Hotel Sacher so on our next visit we’ll be checking out Demel.