You are here: Home / Sightseeing / Mirabell Palace and Gardens – Salzburg 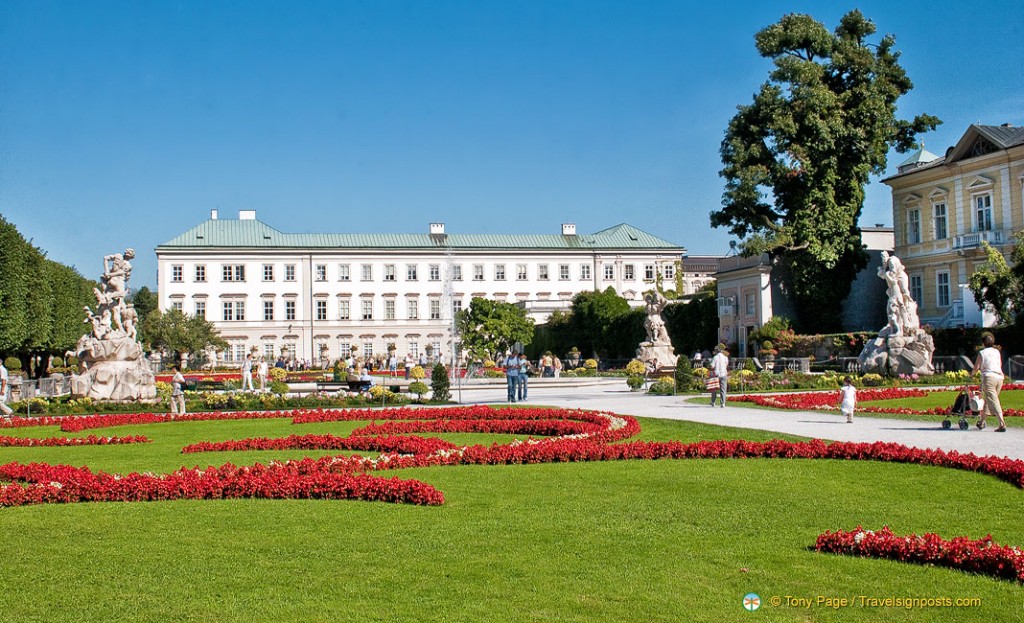 In 1612 Wolf Dietrich was forced to abdicate and was held prisoner in Hohensalzburg Fortress until his death. His nephew and successor, Markus Sitticus von Hohenems, had Altenau renamed to Schloss Mirabell.

Schloss Mirabell continued to be the home of subsequent Prince-Archbishops of Salzburg, all of whom did their bit to redesign and enhance the palace features. In the great fire that swept through the city on 30 April 1818, the palace was badly damaged. The frescoes by Johann Michael Rottmayr and Gaetano Fanti were among some of the treasures lost to the flames. Fortunately, the Marble Hall and the grand marble staircase were undamaged.

The famous Mirabell Gardens that were redesigned around 1690 under Prince-Archbishop Johann Ernst Graf von Thun were completely remodeled around 1730 by Franz Anton Danreiter. The famous Pegasus Fountain was installed in 1913. The four groups of statues around the fountain symbolize the four elements: fire, air, earth and water. Emperor Franz Joseph opened the Mirabell Gardens to the public in 1854 and today they are a horticultural masterpiece. 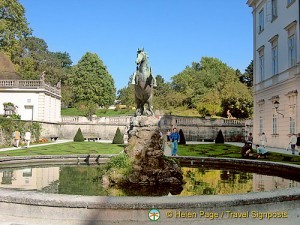 Throughout its long history, the Schloss Mirabell has been home to many important residents. Prince Otto of Bavaria, future king of Greece, was born here on 1 July 1815 during the short period when Salzburg belonged to Bavaria. When Salzburg reverted to Austrian rule the following year, Schloss Mirabell became a summer residence for the Emperor. For the twelve years between 1851 and 1863, Archbishop Cardinal Maximilian Josef von Tarnóczy resided in the palace.

Mirabell Palace has also hosted many important visitors. One such visitor was the legendary Capuchin Father Joachim Haspinger, loyal companion and comrade-in-arms of the famous Andreas Hofer who fought for Tyrolean freedom.  He stayed in the palace as a guest of the Emperor from September 1854 to January 1858 and died in the Palace.  Father Joachim is remembered by a memorial plaque in the palace courtyard. Today, Mirabell Palace houses the offices of the Mayor and Town Council of Salzburg.

Mirabell Palace is one of the most-visited Salzburg castles and is a very popular wedding venue.  The Marble Hall (“Marmorsaal”), once the ceremonial hall of the prince archbishops, is now one of the most beautiful wedding halls in the world.  Some scenes from The Sound of Music were filmed in the Mirabell Gardens and this 1965 movie continues to bring thousands of Sound of Music fans here.

The Marble Hall is also an imposing venue for conferences, ceremonies, and concerts such as the Salzburg Palace Concerts. When attending a classical concert here, it is thrilling for concert lovers to know that Leopold Mozart, and his children Wolfgang and Nannerl, performed in this very room.

My location
Get Directions

What are your thoughts on the subject?