You are here: Home / Archives for Linz 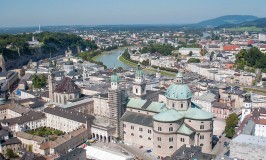 Austria – a country of geniuses: When you think of what makes Austria a great travel destination, reflect back to all its famous citizens who brought international fame to the country.  Over 250 years after the death of Mozart, we are all still craving for his music.  160 years after the death Johann Strauß, people […]