You are here: Home / News & Events / Bicentenary Celebrations at the Vienna Musikverein

Bicentenary Celebrations of the Gesellschaft der Musikfreunde at the Vienna Musikverein: 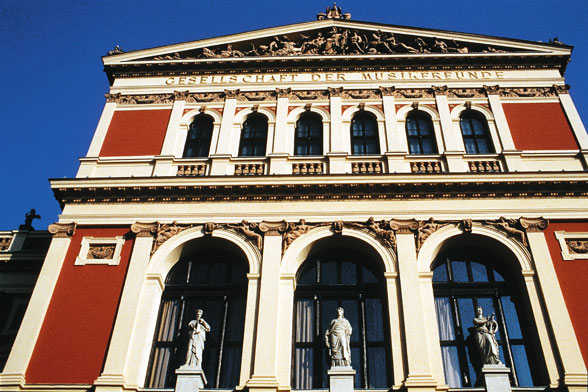 In 2012, concerts at the Musikverein will be given over to the Bicentenary celebrations. In fact, the festivities will get underway even earlier – as soon as the 2011 concert season begins in Fall.  (See what’s on at the Musikverein here.)

Concerts at the Musikverein

The Bicentenary celebrations will bring a large number of artists and performances to the Musikverein. In all there will be 401 concerts in 61 cycles to enjoy.  Some of the star billings include:

On September 5 and 6, 2011 Riccardo Muti and the Chicago Symphony Orchestra will officially open the season, followed by the Staatskapelle Dresden under Christian Thielemann on September 7, 2011.

During the 2012 anniversary year the Musikverein will give precedence to music dedicated for the Society of Music Lovers in Vienna, and various pieces currently under commission. The new organ which was christened in spring 2011 is certain to feature in the concerts.

Look for Vienna hotels near the Musikverein HERE.