You are here: Home / Sightseeing / Walking in the Footsteps of Mozart in Vienna

Walking in the Footsteps of Mozart – A Self-Guided Mozart Vienna Walking Tour: 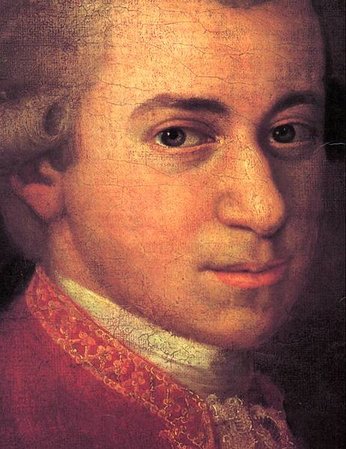 Mozart was born in Salzburg and although he lived for 25 years in this city, the final ten years of his short life were spent in Vienna. It was in Vienna that many important events took place that shaped his later life. Fans of Mozart can do a self-guided Mozart Vienna Walking tour, tracing the footsteps of this musical genius.

In 1781, whilst on a visit to Vienna with the Prince-Archbishop Count Colloredo of Salzburg, Mozart had a row with the Archbishop and resigned his commission. He decided to stay in Vienna where worked his way up from an unemployed artist to a respected and prosperous pianist, composer and music teacher.

Mozart got married to Constanze at St. Stephen’s Cathedral in Vienna and his six children were born here. It was in Vienna that he composed many of his best-known operas, symphonies, piano concertos, sonatas, sacred music, including his most important works: the unfinished Requiem.

Sadly though, it was also in Vienna that Mozart died in 1791 and was interred at St Marx Cemetery in a modest funeral.

This Mozart Vienna Walking tour, published by Vienna Tourism, can be done at any time of the year, but if you happen to be in Vienna at the end of January, it is a nice walk to do to celebrate Mozart’s birthday anniversary on January 27th.

The walk ends at St. Marx Cemetery where Mozart was buried in a common grave.

What you Need for your Mozart Walk

For Mozart fans, one of the most enjoyable things to do in Vienna is to experience a Mozart concert in the city where he lived. See the range of Mozart concerts HERE.

Visitors to Vienna have over 400 hotels to choose from, ranging from the palatial and luxurious to family-run pensions. For the complete list of Vienna hotels, see HERE.