You are here: Home / Sightseeing / Vienna, the Waltz Capital of the World

Dance out your Dreams at one of Vienna’s Balls: 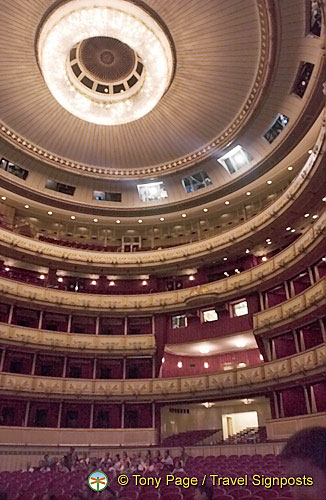 New Year’s Eve brings on the best of Vienna’s ball season and from January up to Lent the Austrian capital transforms itself into the waltzing capital.

Famous for its classical music, waltzes and its grand ballrooms, Vienna is the premier city in the world for waltzes. Starting with the Hofburg Vienna’s Kaiserball (Imperial Ball) on New Year’s Eve to the School of Dancing Ball, there are hundreds of Vienna balls to choose from.

If you love classical music and ever dreamed about waltzing to the tune of classic Viennese waltzes, Vienna is certainly the place to be in the new year. Don’t worry if you’re rusty on your waltz steps or if you think you may have ‘two left feet’,  as there are refresher courses and weekend classes that you turn you into Fred Astaire and Ginger Rogers.

Many of Vienna’s professions and gilds organize their own themed Viennese ball which is open to the public, as long as you’ve purchased your tickets.

The grand Vienna ball is the Kaiserball which attracts 2,500 guests from Austrian royalty, the elite of Austrian society and visitors from all over the world each year. Imagine waltzing to the music of the Blue Danube and other great waltzes to usher in the New Year!  It gives me goosebumps just thinking about how absolutely glamorous this event is.

The Flower Ball is held by the garden workers of Vienna city. This is the traditionally colourful “night of flowers” held at the Viennese town hall.

One of the most high-profile balls is the Vienna Philharmonic Ball. This world famous orchestra holds its ball in the Golden Hall of the Musikverein, one of the world’s most imposing concert halls. Many of the global television viewers of the Vienna Philharmonic’s New Year’s Day Concert will be familiar with this concert hall. As a keen fan of this New Year’s Day concert, this would be one of my choice balls to attend.

The “Ball der Technik” (Engineers’ Ball) is the Viennese ball with the oldest tradition. Many famous students studied at the “Polytechnisches Institut”, before they embarked on their careers as musicians, composers, etc., including Johann and Joseph Strauß brothers.

The Vienna Opera Ball is rated as the top-calibre social event in Vienna.  Held at Vienna’s magnificent State Opera House, this very formal event attracts celebrities from around the globe. So, if you love opera, here’s your chance to waltz amongst the rich and famous. With ticket prices ranging from €160 to €17,000, there’s no doubt that there are the rich at this event.

As a coffee addict, the Ball of the Viennese Coffee House Owners grabbed my attention. With a capacity of 5,000 guests, this is Vienna’s largest ball and is very popular with locals. Regarded as a lower key version of the Vienna Opera Ball, it has typically Viennese ambience and tickets are very affordable at €110.

If waltzing into the New Year is one of your dreams, Vienna is the place to be to dance out that dream.

Search for hundreds of Vienna classical music events and Book online through our partner Classictic HERE.