You are here: Home / Archives for vienna ball 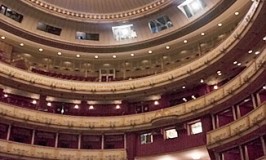 Dance out your Dreams at one of Vienna’s Balls: New Year’s Eve brings on the best of Vienna’s ball season and from January up to Lent the Austrian capital transforms itself into the waltzing capital. Famous for its classical music, waltzes and its grand ballrooms, Vienna is the premier city in the world for waltzes. […]