You are here: Home / Archives for palace vienna 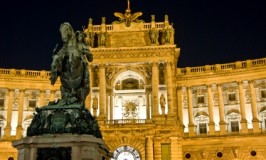 Hofburg Palace was the Residence of Habsburgs for more than Seven Centuries: Vienna’s Hofburg (Imperial Palace) was the seat of the great Habsburg empire for more than seven centuries. Dating back to the 16th century and until 1918, Vienna Hofburg was the family residence of many of the Habsburgs, successive rulers of the Austro-Hungarian empire. […]