You are here: Home / Shopping / Vienna Shops That Were Good Enough For Emperors

“k.u.k Hoflieferant” – A Hallmark of Quality: 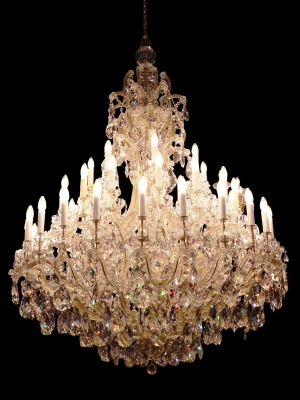 When shopping in Vienna, there’s nothing that confirms the hallmark of quality more than the honorary title of “k.u.k Hoflieferant”.

Back in the days of the Austro-Hungarian Empire, companies were handpicked by the royal court for the quality of their goods.  If chosen, the company had the privilege of supplying to the Imperial Court and were given the honorary title of “k.u.k Hoflieferant”.

As you can imagine, this accreditation by the Imperial Court was one of the most sought-after accolades and up to this day, this honarary title is still representative of premium quality.

In the heydays of the Austro-Hungarian Empire, there were over 500 official purveyors to the royal court in Vienna.  Whilst the Austrian Empire collapsed at the end of World War I, the quality of goods by some of these Vienna shops and their ongoing demand have seen these “purveyors to the Imperial Court” survive up to present times.

So if you’re looking for quality goods on your Vienna shopping, have a look at these shops in Vienna’s District 1 – the heart of the city centre:

Noble glass and chandelier manufacturer J. & L. Lobmeyr in Kärntnerstrasse has lost nothing of its sparkle since its days of supplying the imperial table. Today it sells valuable glassware, chandeliers and the popular replica mirrors of Bohemian and Venetian designs.

Ensembles befitting a gentleman can still be had from this elegant gentlemen’s outfitter.

With seven generations of shoe-making behind them, traditional shoemaker Rudolf Scheer has amazing shoes and accessories for men and women.  If you’re a shoe addict, you’ll salivate at the classy shoes in this shop.