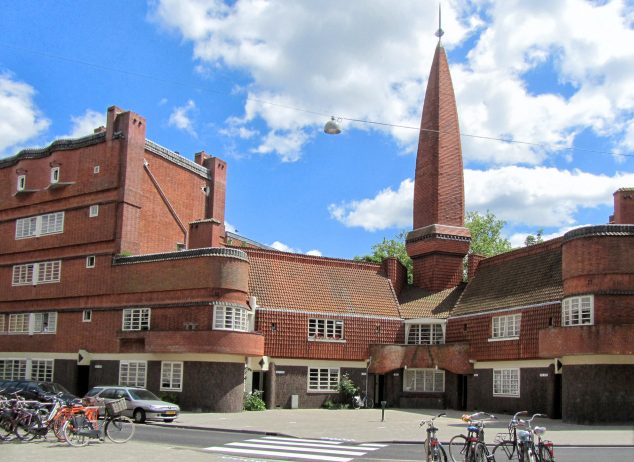 I first noticed them while walking around Amsterdam: odd buildings with wavy facades, ladder windows, and decorative wrought iron that looked nothing like the traditional architecture usually associated with the city. So I asked some local design buffs about the buildings and found out they were created by members of a movement known as the Amsterdam School (1910-1930), which sought to modernize architecture and interior design in the Netherlands. I was delighted to learn that there’s an entire museum dedicated to the movement in West Amsterdam, and decided to give it a visit – and I was glad I did! 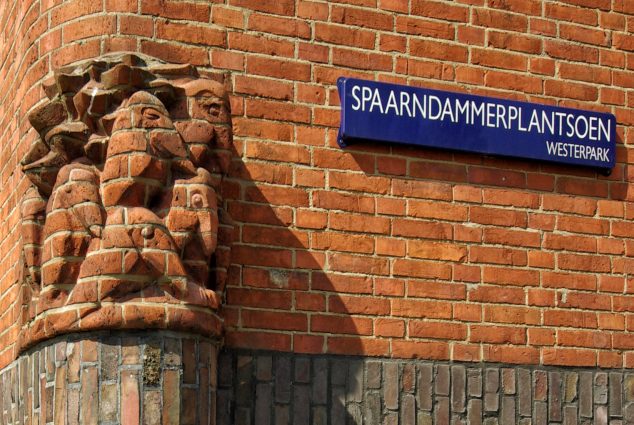 The storks (good deliverers!) on the corner of the post office, sculpture by Hildo Krop

To get to the museum I took Bus 22 from Centraal Station to the Spaarndammerstraat stop. From there it was only a short walk through a residential neighborhood (Spaarndammerbuurt) full of great Amsterdam School buildings. 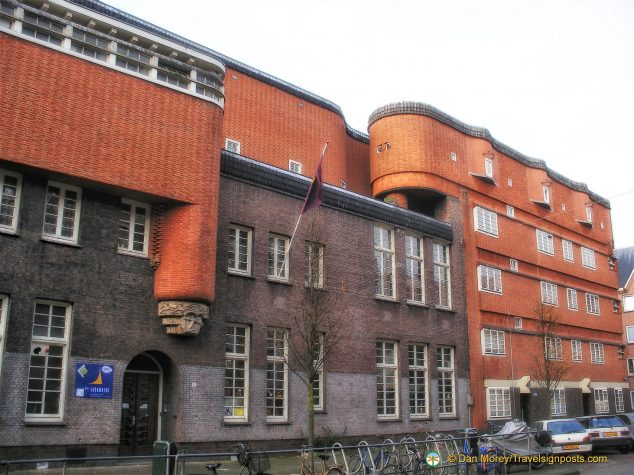 Politically, the Amsterdam School was socialist, and some of its finest projects were designed to house workers. Living conditions for Amsterdam’s poor were dismal at the turn of the twentieth century. Families occupied single rooms in tenements with no plumbing or electricity. The Amsterdam School improved their circumstances by providing multi-room apartments with modern conveniences in housing developments that included schools, meeting halls and post offices.

The buildings weren’t just functional – they were works of art. The Amsterdam School believed that society’s rich and poor should have equal access to beautiful architecture. Think flowing and undulating lines, multi-colour bricks laid in patterns resembling wood and straw, original details on the façade and interior (like the anchors, mythical figures, and even sea creatures on the exterior of the ornate Scheepvaarthuis (Shipping House), now the luxurious Grand Hotel Amrath). 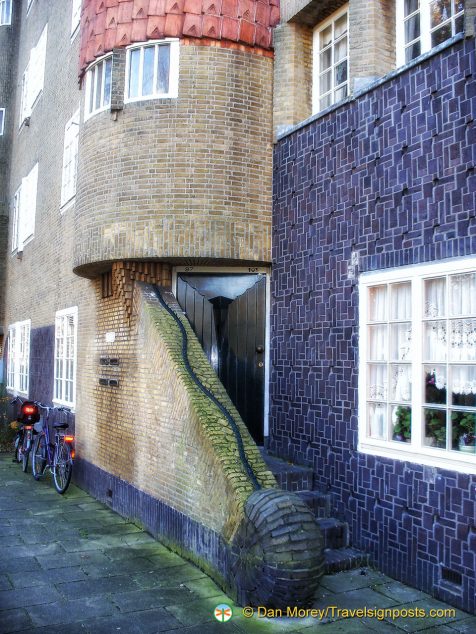 “The buildings weren’t just functional – they were works of art” 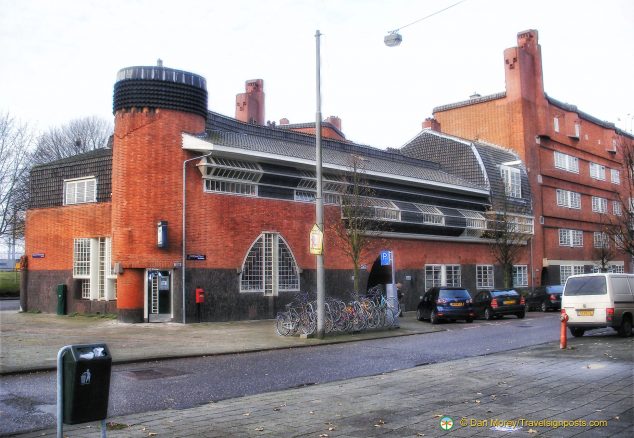 Het Schip, interesting from every angle

The Amsterdam School’s most famous building, Het Schip (The Ship) was built for Spaarndammerbuurt laborers in 1921. While it’s still a functioning apartment block, its former post office and adjacent primary school have been repurposed into Museum Het Schip.

Het Schip was created by the movement’s leading architect, Michel de Klerk, and is considered his masterpiece. The building is strikingly imaginative, with brick storks bulging from the masonry and odd cigar-shaped protrusions. In places, the brickwork seems to furl like a paper scroll. It’s no wonder his contemporaries found de Klerk a bit strange. His own son referred to his work as “sheer lunacy.” However, while professionals and craftsmen of the time were critical of the style, the general public welcomed it. 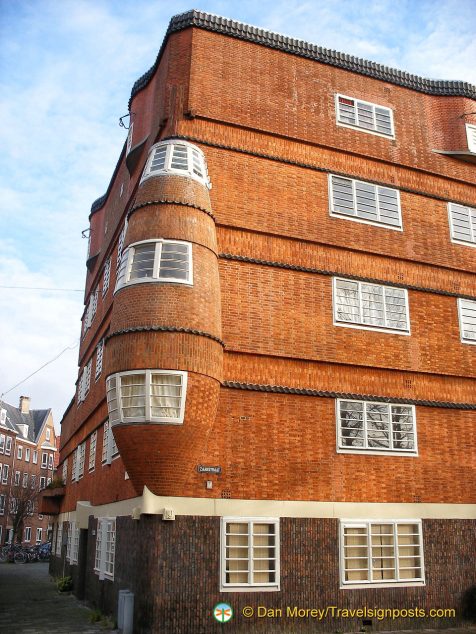 Inside the museum, I saw a wonderful array of lamps, sculptures, paintings and furniture, all designed for Amsterdam School interiors. There was even an entire living room created by Michel de Klerk. 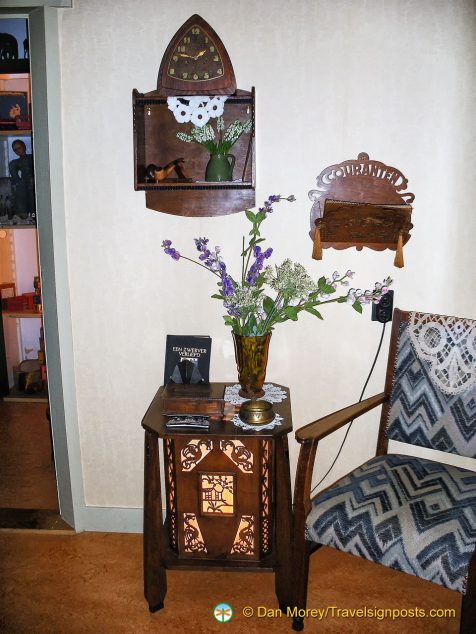 Interior of a 1920s working-class apartment

In the courtyard, I found a fascinating collection of “street furniture” designed by the Amsterdam School. Objects included trash cans, mailboxes and streetlights. Especially interesting was the vintage public lavatory, examples of which can still be found around Amsterdam. The tops are latticed and the bottoms are raised above ankle-level so cops can watch out for any naughty doings. Presumably these were for men only… 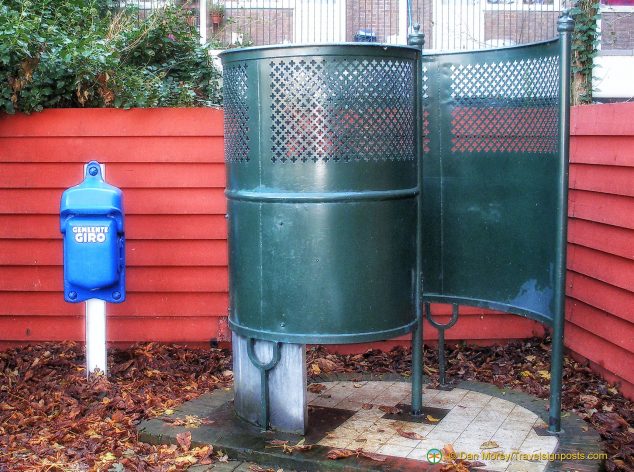 Vintage public lavatory, examples of which can still be found around Amsterdam

The gift shop was chock full of unique items relating to the Amsterdam School, with books produced by the museum’s own publishing department. I picked up a copy of a colourful Amsterdam School guide that maps architectural cycling routes all over the city. 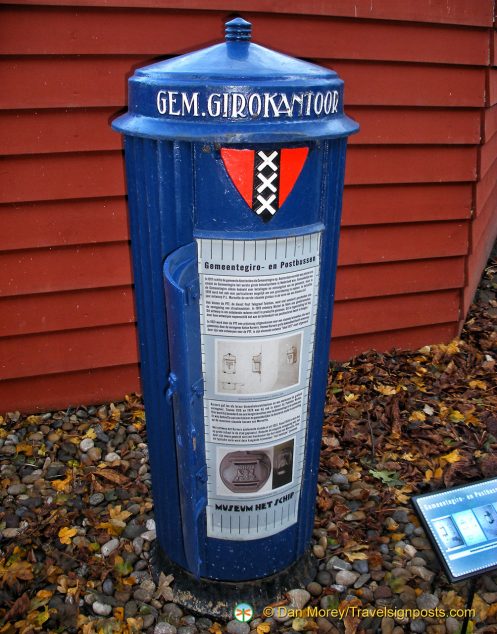 Admission to the museum includes a 45 minute guided tour, which visits a typical 1920s working-class apartment as well as a replica of the dire slum dwellings that housing projects like Het Schip replaced. It was amazing to see the vast lifestyle changes these improvements enabled. The new apartments added years to the lives of the tenants. The old Het Schip post office, with its modernist phone booth and glossy lavender tiles, was a tour highlight. 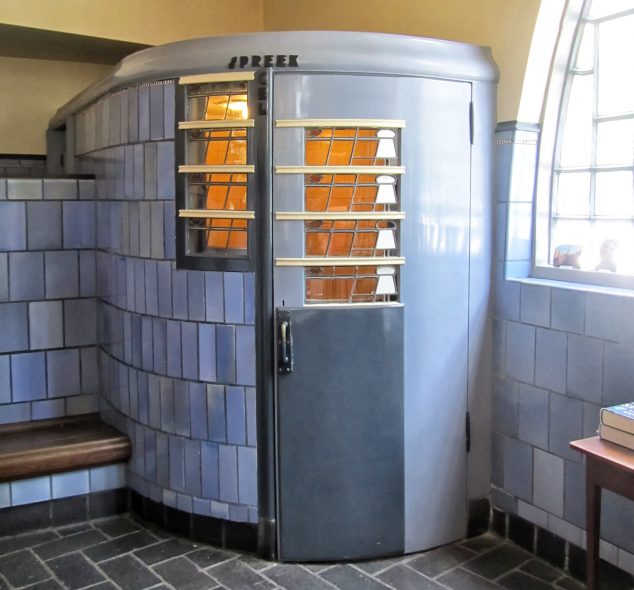 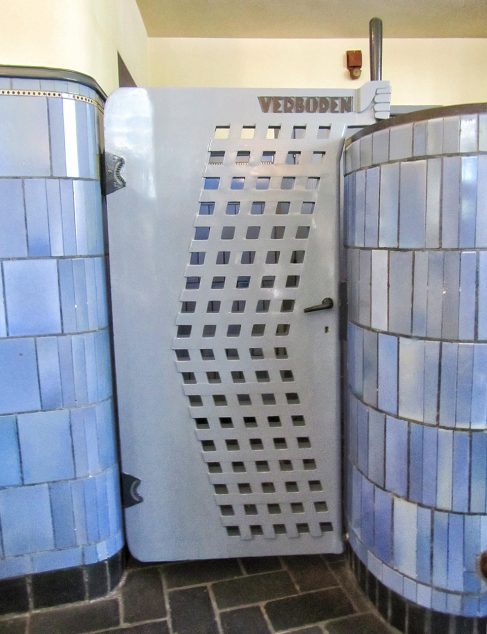 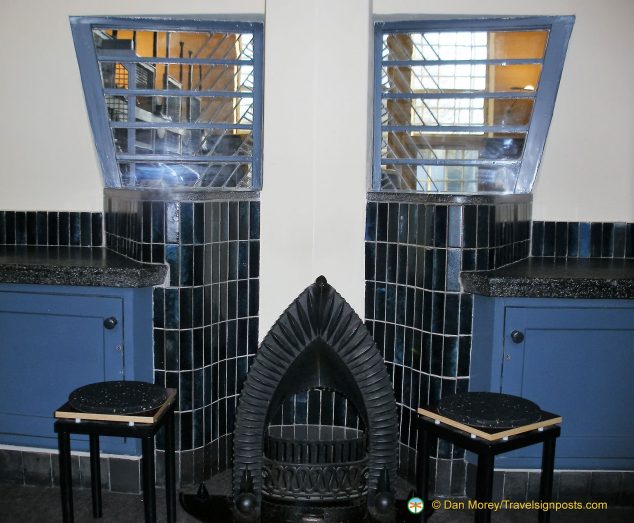 Groups of ten or more can take an extended theme tour, which I highly recommend. You’re sure to meet some interesting people. My group included an engineer and an opera singer. Before the tour we had coffee and cake in the museum’s very hip lunchroom. Afterwards, our expert guide escorted us around the neighbourhood to two more incredible Amsterdam School apartment blocks. 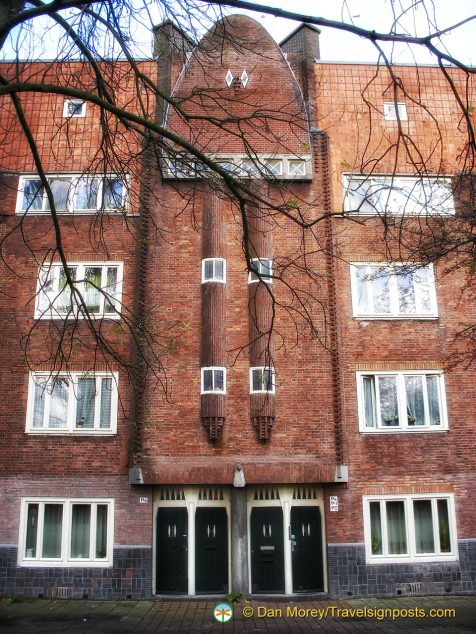 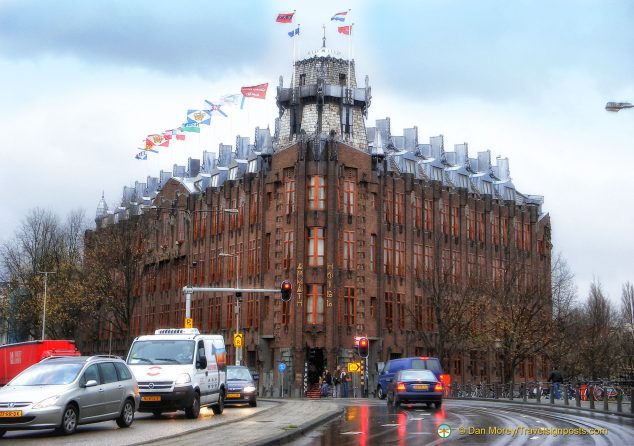 The ornate Scheepvaarthuis (Shipping House), converted to the luxurious Grand Hotel Amrath in 2006 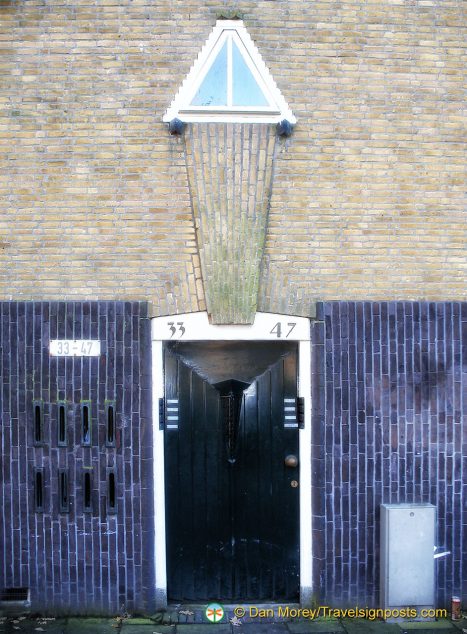 All photos with no copyright credit are © Jvhertum/WikiCommons 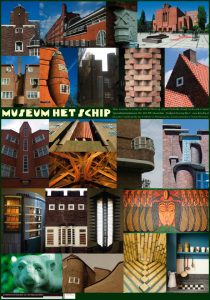 How to get there:

Take bus 48 or 22 to the Spaarndammerstraat stop.

The WestCord Art Hotel Amsterdam is within walking distance of the Museum Het Schip. The Yays Zoutkeetsgracht Concierged Boutique Apartments are another nearby option.
And , of course, there’s always the luxurious Grand Hotel Amrath…

Dan Morey is a freelance writer in Erie, PA. He’s worked as a book critic, nightlife columnist, travel correspondent and outdoor journalist, and has travelled extensively on every continent except Antarctica, which he’s in no hurry to visit. Find him at danmorey.weebly.com.