You are here: Home / Sightseeing / Hop-on and Hop-off Amsterdam’s Canals

Sightseeing on Amsterdam’s waterways is the best way to explore the city: 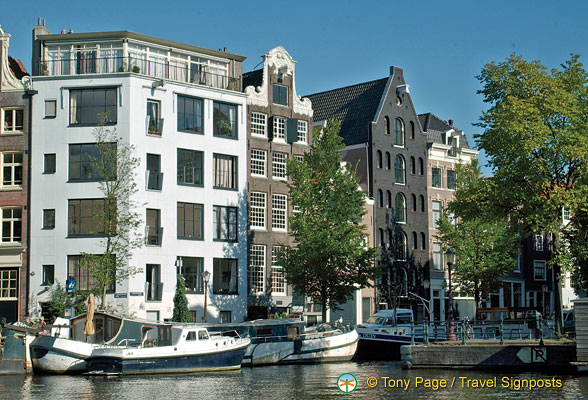 Amsterdam’s extensive canal network makes it possible to get around the city by canal and there are many operators offering canal tours.

However, Amsterdam’s canals and waterways offer more than a means of transportation.  Along the waterways are many magnificent buildings and charming bridges that make up some of the city’s long and rich history.  Many of the city’s main sightseeing attractions are along the canals as well.

If you’re a first-time visitor to Amsterdam, one of the first things you should do is a canal boat tour to get a bearing of the complex waterways.  After the introductory tour, you can go back and explore the places again on your own. This is where a Hop-on Hop-off Canal Bus Pass comes in handy.

As the name implies, the Hop-on Hop-off Canal Bus Day Pass lets you get on and off the canal bus at a number of stops that are close to Amsterdam’s main tourist attractions. The Canal buses provide recorded commentary by audio headphones which is an ideal introduction to Amsterdam for first-time visitors. What could be more enjoyable than seeing the sights of Amsterdam from the water.

Your Canal Bus Day Pass is valid for the following stops. You can start and end the Canal Bus tour at any of these 14 stops throughout the city. 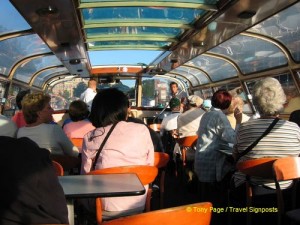 Canal buses run every 20-30 minutes. You will receive a full schedule when exchanging your voucher.
Valid from the time you exchange your voucher, for the consecutive days selected.

See here for more about the costs of Hop-on Hop-Off passes and how to book.