You are here: Home / Destinations / Noordwijk – A Floral Seaside Resort

Noordwijk Has Beaches, Bulb Fields and a Space Centre: 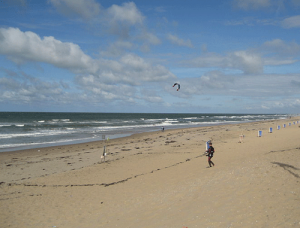 Noordwijk markets itself as a floral seaside resort. The town is blessed with 13 km of coastline and beautiful dune-backed beaches and being in the Duin-en Bollenstreek (Dune and Bulb Region), its sandy soil and coastal dunes make the area an ideal location for bulb cultivation.

The Two Sides of Noordwijk

Noordwijk  is situated in the province of South Holland.  The town  is made up of two communities – Noordwijk aan Zee and Noordwijk-Binnen:

But Noordwijk is not just about sandy beaches and beautiful flowers. The town is the headquarters for the European Space Research and Technology Centre (ESTEC) and its impressive Space Expo is Europe’s first permanent space exhibition. For anyone interested in moon landings, rocket launches, satellites and space research in general, Noordwijk is home to the largest of the European Space Agency’s technical complexes.

With its beach tourism, floriculture and space research centre, it’s not surprising that Noordwijk is rated the 12th richest region in the Netherlands. It is a popular congress destination and even beer magnate Freddy Heineken has a villa in Noordwijk.

Things to Do in Noordwijk 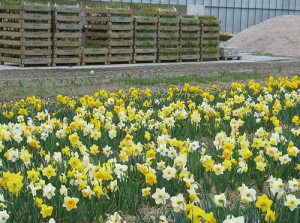 Noordwijk is a great base from which to explore the bulb fields of Holland and the famous Keukenhof Gardens. Apart from the beaches, there are golf courses, museums, the Space Expo as well as adventure parks to keep children amused.

There is a good range of beach-side hotels in Noordwijk aan Zee, including the elegant Grand Hotel Huis ter Duin, the Golden Tulip Noordwijk Beach and Palace Hotel, to name a few. For the complete list of Noordwijk hotels see Here.

Noordwijk is 25 km from Amsterdam, 20 km from The Hague and 40 km from Rotterdam Airport.

By Train – The nearest train stations are Leiden train station (12 km) and Voorhout train station (7 km). For schedules and fares see Dutch Railways website www.ns.nl.  There is an extensive bus network and a number of taxi ranks around Noordwijk.

By Car – Noordwijk is centrally situated in the Randstad area. It is easily accessible and there are numerous routes to the nearby A44 motorway.