Amsterdam Attractions and Things to Do: 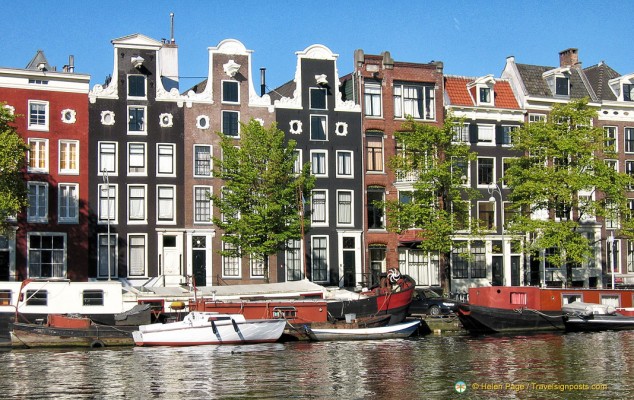 Many people think of Amsterdam as the capital of the Netherlands, but the actual seat of the government is at Den Haag. Nevertheless, Amsterdam is the largest city in the Netherlands and as far as tourism is concerned it is also the most visited, with over 3.5 million visitors a year beginning their Netherlands vacation in this city.

Amsterdam has more than 750,000 residents and just as many bikes, if not more. There are 175 different nationalities in Amsterdam, making this city a most tolerant society. Amsterdam is also very liberal society and its Red Light Districts and Coffeeshops are famous the world over.  There are not many cities in the western world where visits to a Sex Museum and Tours of the Red Light district form part of the cities sightseeing offerings and where you can legally purchase and consume cannabis in coffeeshops throughout the city.

The centre of Amsterdam is carved up into seven distinct areas, making it easy for visitors to concentrate on areas of interest:

Amsterdam is of course famous for its the stunning canal network and in the Central Canal Ring area are many amazing buildings from Amsterdam’s Golden Age.  The city has more museums per square metre than any other European capitals. In the Museum Quarter alone are three museums – Van Gogh Museum, Rijksmuseum and the Stedelijk Museum. 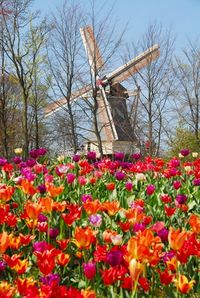 Fans of  Vincent Van Gogh’s works will certainly want to visit the Van Gogh Museum.  The Museum has the largest collection in the world of this master painter’s works.  Those interested in medieval Amsterdam should head for the Oude Zijde and Nieuwe Zijde areas where there are numerous historic buildings and monuments, including the famous Oude Kerk.

Amsterdam’s famous for its flowers and tulips and things to do during a spring vacation should include a visit to the Keukenhof Gardens to see the magnificent blooms.

As regards food in the Netherlands, Dutch cuisine does not rate anywhere near the French or Italian as far as haute cuisine’s concerned.  However with 175 different nationalities in Amstersdam, there’s plenty of cuisine choices here at reasonable prices.

Amsterdam has good transport infrastructure and getting around the city is easy by public transport. The most common mode of transport here is the bicycle. But, the great thing about Amsterdam is that you can avoid traffic congestion by travelling on the canal. The canal buses stop at 14 points which are located near the major museums, attractions and shopping centres.

There’s a good range of hotels in the city centre and your choice very much depends on budget and which area of Amsterdam you prefer your hotel to be.  See our hotel choices for Amsterdam.